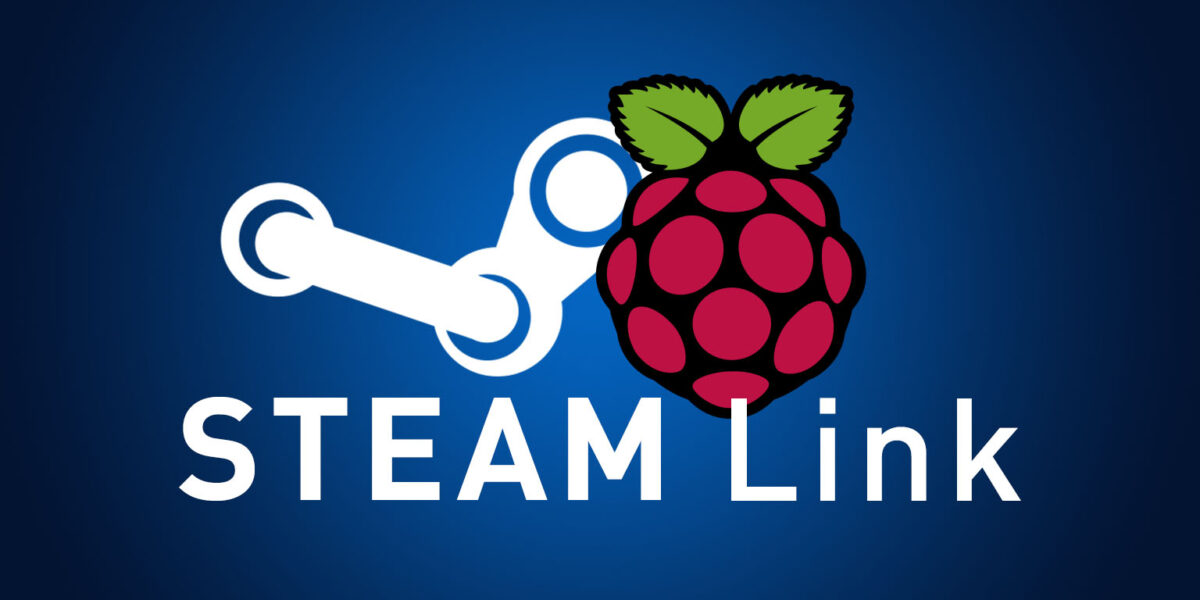 The Steam Link App streams games from your PC’s Steam Libray. It can be installed on a Raspberry Pi allowing Steam games to be played remotely over a LAN.

This post will show how to install and run Steam Link App on a Raspberry Pi which, for example, can be used to connect to remote controls and a TV to play games from your Steam Library.

Introduction to running the Steam Link App on a Raspberry Pi

Steam is a major online digital distribution platform developed by the Valve Corporation with a large aim to distribute video games to PC gamers.

Steam Link is a free App developed by Valve to extend the Steam gaming experience to a mobile device, TV, or another PC using a network connection.

The Steam Link App is available for all major platforms incl. Windows, Mac, Linux and, apart from Steam’s own device — the Steam Link, it can be accessed from devices such as iPhones, iPads, Apple and Samsung Smart TVs, Android devices, and Raspberry Pis.

At the time of writing, Steam Link App was compatible with Raspberry Pi 3 and 4 models.

The Steam Link technology allows streaming games from the Steam Library on your PC to one of the mentioned devices. Streaming is done by using the hardware of your PC and is mirrored/broadcasted over the LAN.

The Steam Link App incorporates into the Steam ecosystem. It is assumed to have a Steam account and a PC as a streaming device.

Initially, a connection to the internet will be required to install the libraries. Terminal commands will be used. After that, the Raspberry Pi only needs to be connected to the same local area network (LAN) as the PC hosting Steam.

During the setup phases, the Raspberry Pi will need a keyboard and mouse will. It is also highly recommended to have a joystick or two available.

When looking at Valve’s Steam Link device it had a 100 Mbit/s Fast Ethernet port and Dual Band (2.4GHz and 5GHz) Wireless 802.11ac. The Raspberry Pi 3B has slower Ethernet speeds while models 3B+, 4 and 400 have 1000BASE Ethernet — meaning that a wired network will be about 10x faster.

From a CPU point of view, all the listed Raspberry Pis are significantly faster.

The Steam Link device could handle H.265 decompression using hardware. So does the Raspberry Pi 4B and 400. The Raspberry Pi 3B and 3B+ have a fast enough CPU to decompress H.265 using software.

Although RAM probably plays less of a role in streaming, all the Raspberry Pi’s ship with more RAM than the Steam Link.

As with the Steam Link device, all the Raspberry Pi’s listed are capable of handling resolutions of up to 1080p. The Raspberry Pi 4B and 400 can handle up to 4K resolution.

From a USB point of view, all the Raspberry Pi’s allows for an extra game controller or peripheral to be connected when a keyboard and mouse is also connected.

Bluetooth is present on the Steam Link device and all the listed Raspberry Pis. The Raspberry Pi 4B and 400 have Bluetooth 5.0 instead of 4.0.

If cost is a factor, Raspberry Pis will probably lose the battle. The Steam Link device came at a price of $49.99 but was shipped with a power supply, storage (only used for the operating system), a nice-looking case and an HDMI cable. Raspberry Pis need these accessories added to the order list.

If your Raspberry Pi is already running, the model number can be obtained using the following terminal command:

We used a Raspberry Pi 3B to run and test Steam Link.

The minimum MicroSD card size required for the Full version of the Raspberry Pi OS is 8GB.

While streaming, no data will be saved on the Raspberry Pi itself. Steam Link on a Raspberry Pi requires no additional hard disk space apart from storing the operating system (see below), the steamlink libraries (see later) and maybe capturing some screenshots (PrintScreen / PrtScr).

A larger SD card (16GB or 32GB) comes at additional costs but will allow for the Raspberry Pi to be used for other functions too — e.g. as a Desktop computer.

Irrespective of the size of the MicroSD card, the fastest available card (i.e. Class 10 or faster) is recommended. 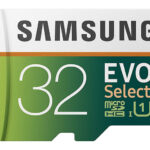 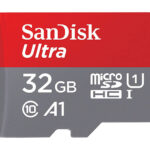 The Steam Link App can be easily installed and accessed on the Full version of the official Raspberry Pi OS (formerly Rasbian). For some reason, Bullseye (the latest version at the time of writing) did not work.

The Full version of Raspbian Buster (32-bit) works fine. The Desktop version is required to be able to launch the GUI of the Steam Link App. The Steam Link App was first released for Raspbian Stretch.

Installing the Steam Link App on a Raspberry Pi

Steam Link is installed on the Raspberry Pi using the install terminal command. The Terminal can be opened by clicking its icon at the top right corner of the Desktop area.

The make sure the Raspberry Pi OS libraries are up to date, use:

To install the Steam Link App, use the following command:

At the time of writing this post, the Steam Link App was at version 1.0.10.

After the initial Steam Link App libraries have been installed, additional packages need to be downloaded and installed. This will happen during the first run.

The Steam Link icon has not yet been created, so to run the Steam Link App for the first time, and install the icon and these packages, the steamlink command needs to be used from the terminal:

During this installation process, a separate window will open. Follow these windows.

A Warning Message might appear saying that you might need to increase the GPU memory. Click on the OK button to ignore this message for now.

When asked to get additional archives, type in Y for yes and press the Enter key to continue.

A Steam Link App icon will be created on the Desktop. To run Steam Link from the terminal, use:

On two occasions, the user will be asked to press the return key to continue. Press the Enter key on the keyboard.

To exit the Terminal, use:

The installation process will end with opening Steam Link. After the Steam Link App has been successfully installed on the Raspberry Pi, its shortcut icon will be added to the desktop for future use. Steam Link can also be executed from the terminal:

After clicking on the Steam Link icon, Raspbian will ask to either Execute the file, or execute it in Terminal.

From here, either Execute or Execute in Terminal can be selected. 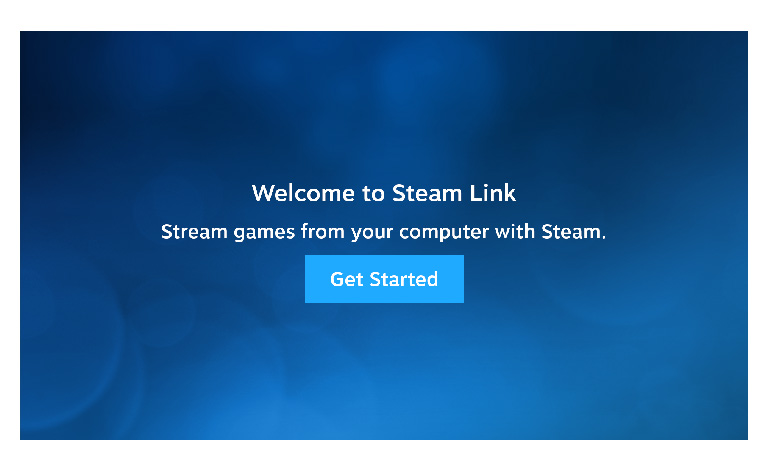 When running the Steam Link App for the first time, there are three things that need to be configured: the controller(s) (see the section below), the streaming computer and the network.

While the controllers are paired and configured, Steam Link needs to know which computer to connect to — i.e. the computer where the stream will come from.

Make sure the streaming computer is running the Steam Client.

After choosing the computer from the options given, Steam Link will generate a Pin that needs to be entered into that computer’s Steam Client.

The Pin can be entered while Steam is open.

After the Pin has been successfully entered, Steam Link will continue to test the network speed. This will give an indication of how well the Steam Link App will perform.

After all three configuration steps have been completed, the Steam Link App will give to option to “Start Playing”. 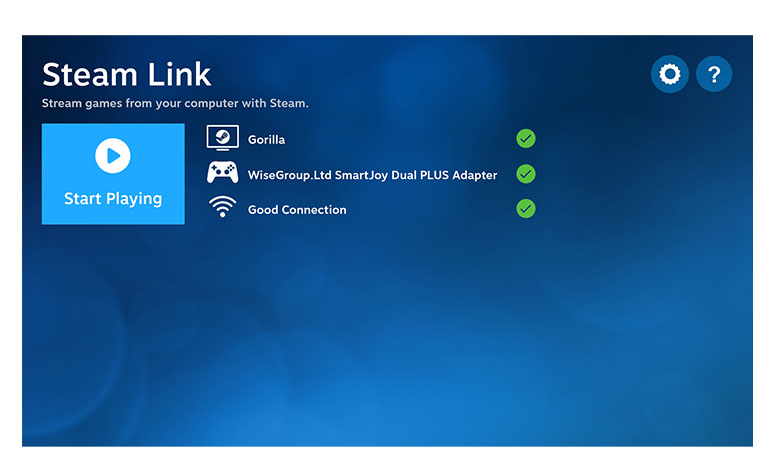 A Raspberry Pi low GPU memory message might appear after installing the Steam Link App and each time the App is executed.

I’m not sure what the significance of this warning message is for running Steam Link on a Raspberry Pi, but it can be fixed by allocating 128MB of memory to the GPU. Maybe it’s because of the operating system or because of the Raspberry Pi 3B used.

It is said that there will be no boost in the Raspberry Pi’s performance by allocating more memory to the GPU. This warning was also ignored during the initial testing phases and the Steam Link App performed normal/well.

The low GPU memory message will disappear after allocating at least 128Mb to the GPU in the Raspi-config tool.

The Raspi-config tool is situated under Raspberry Pi Configuration under Preferences in the Applications menu.

Connecting game controllers to a Raspberry Pi with Steam Link

Although not all games need (or support) game controllers, it is highly recommended to connect one — even if it is just to navigate through the Steam UI. A keyboard and mouse can also be used.

When the Steam Link App runs for the first time, the Pair Controller screen will appear. This step can either be skipped or you can pair an official Steam Controller or another type of controller.

Steam Link has build-in support for the following controllers:

We used a SmartJoy Dual PLUS Adapter with PlayStation 2 controllers.

Steam Link will automatically exit the Controller Settings screen after all the controller buttons have been bound. 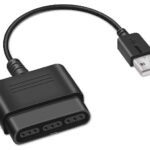 Choosing a network connection for the Steam Link App

The Steam Link App can use Wi-Fi or Ethernet to steam from a Steam client.  The Raspberry Pi can have a dynamic or static IP address assigned to it.

Most of the consulted resources recommend that an Ethernet connection is used to connect both the Raspberry Pi and the Steam client computer to the local network.

A wireless network (i.e. Wi-Fi) is prone to random disconnections and is generally slower than wired connections. In the case where only a Wi-Fi connection is available, the following recommendations can be made:

The 2.4GHz Wi-Fi band is prone to interference from other devices such as baby monitors and microwaves. Your router should have the option to create separate SSIDs for different bands.

To open up space on the Raspberry Pi, the Steam Link App can be uninstalled using the following command:

The Steam Link desktop icon will have to be removed manually. To do this, right-click on the icon and select:

One thought on “Running Steam Link on a Raspberry Pi”