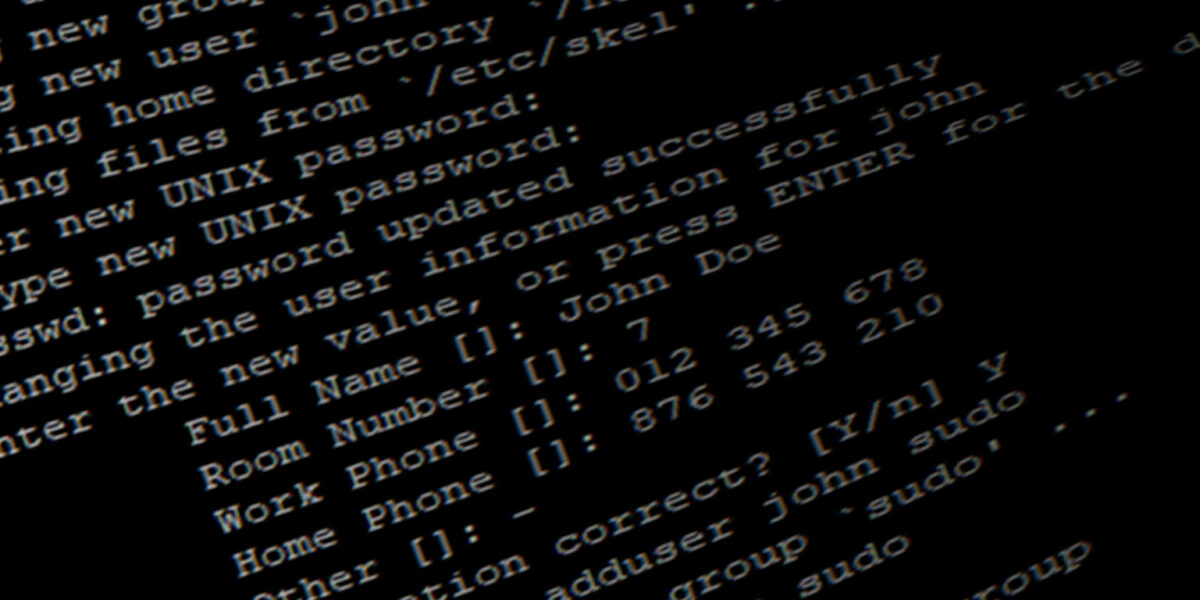 The Raspberry Pi OS creates a user called ‘pi’. What does this mean and what privileges does this user have? This post discusses user management on a Raspberry Pi.

Linux operating systems (including the Raspberry Pi OS) use the principle of user accounts to identify and manage access to the system. User accounts (representing an actual person, or user) consist of a user name which is protected by a user password.

When logged in, each user has their own directory in the home directory of the operating system. The contents of the user’s home directory can only be accessed by the user itself or the administrator.

After a fresh install, the Raspberry Pi OS (formerly called Raspbian) creates various user types. Many of these users are system users and will not be discussed in detail here.

The two types of users that are important are the first user and the root user. Most Raspberry Pi users will be familiar with the first user. Additional users can also be added.

This post will also show how to remove additional users, change user passwords and give users root permissions.

Remember that the Raspberry Pi OS is a Debian-based operating system. Many commands and principles used here can be used on other Linux distributions and vice versa.

The Raspberry Pi is often used as a single-user computer which does not need user management. Even so, it might be important to understand the basics of user accounts and the default user.

The pi user account is most often the only user account that is used. This account has access to its own home directory (/home/pi) and can be used to execute administrative commands using the sudo command.

Also see
Using PuTTY to connect to a Raspberry Pi

On the Raspberry Pi OS, the default username is pi with the default password of raspberry. The pi user is created automatically as the first user of the operating system.

The first user is an example of a normal user. More normal users, each with their own username and password, can be created.

The home directory of the first user is /home/pi.

Although the first user is not the root user (see below), it has access to root user privileges (aka root permissions) by using the sudo command (sudo). The pi user has sudo privileges because it is part of the sudo group (see later).

Sudo (sudo) stands for either “substitute user do” or “super user do“. The sudo command allows user accounts with sudo privileges (e.g. the pi user) to be temporarily elevated to have root privileges. Sudo privileges are gained by being part of the sudo group (see later).

An example of a sudo command would be:

The reboot command is an administrative command.

Logging in as a user

Apart from the first user, another important user created by the Raspberry Pi OS is the root user (also called the administrative user or superuser).

The root user account is traditionally reserved for the system administrator. This user can do anything and has access to everything on the system. In other words, the root user has root privileges or permissions — giving it access to all user privileges including administrative or superuser tasks.

On the Raspberry Pi OS, the first user automatically has access to the root privileges by using the sudo command.

Although the root user account has no password, it can also be accessed through the pi user using sudo. Root user login through SSH is disabled by default.

On Debian-based operating systems it is considered safer to perform superuser tasks using a user that has sudo privileges than to log in as the root account.

Each normal user will have access to their own home directory, files and configurations.

New users will not automatically have sudo privileges.

Additional users can be created by using the adduser command. To create a new user named ‘john’, the following terminal command can be used:

The adduser command will continue to create the new user, the user group and the user’s home directory (e.g. john, john and /home/john).

Users can only be removed from a different user account with root privileges. To remove a user, the userdel terminal command can be used:

The -r part of the command will also delete the user’s folder.

Add/remove sudo privileges to a user

Sudo privileges are gained by adding a user to the sudo group. This action needs to be performed by another user who already has root or sudo privileges (e.g. pi).

To see what user(s) are already added to the sudo group, the grep terminal command can be used:

which will give the following result:

To see what group(s) the user john is currently part of, the groups terminal command can be used:

which will give the following result:

To add the user john to the sudo group, the adduser sudo terminal command can be used:

After the user john has been added to the sudo group, the output for the grep command will look as follow:

and the output of the groups terminal command will look as follow:

To remove the user john from the sudo group the deluser or gpasswd commands can be used.

Users that are removed using the deluser terminal command will be automatically removed from the sudo group.

Apart from the root user and normal users, the Raspberry Pi OS also has system users. These users are used by applications and running processes and are, for example, used for background and/or automated tasks.

To see a list of all the users registered, the cat terminal command can be used:

The privileges of system users are dependent on their tasks.

Different terminal commands can be used to list users. The command used will depend on the types of users to list.

The following command will list all users, including system users:

To list users with home directories (i.e. mainly normal users), the following command can be used:

The Raspberry Pi OS allows switching between two users. The new user can either be opened in a new (temporary) shell or as a replacement shell.

The idea of switching between users using a temporary shell is to run commands as needed and then exit back to the original user shell.

To temporarily switch between users, for example pi to john, using a new shell, the su terminal command can be used:

where john is the user to switch to. The user will be prompted for the password of the user which is switched too (i.e. john).

To remain in the current directory structure when switching between users the - of the previous command needs to be omitted:

The su command can also be used to temporarily switch to the root user account:

By default, the root user has no password set, so there will be no prompt for it.

To switch back to the current user (i.e. pi), the logout or exit terminal command can be used:

To switch to a different user using a replacement shell, the exec su terminal command can be used. This will log the current user out of the first account and into the second user account:

where john is the user to switch to. The user will be prompted for the password of the user which is switched to (i.e john).

To remain in the current directory structure when switching between users the - of the previous command needs to be omitted:

User passwords often need to be changed, especially for the pi user.

Both these processes will include confirming the current user password and typing the new user password. User passwords are case-sensitive.

To remove a user’s password (not recommended), the passwd -d terminal command can be used:

e.g. the following command will remove the password for the john user:

To change the root user password, the passwd command needs to be used while logged in as root — which can be done using the following terminal command:

The following terminal command is used to change the root user’s password using the passwd command:

Note that passwords are case-sensitive.

To remove the root password the passwd -l terminal command can be used:

This will expire the password, disallowing root logins again.

The Raspberry Pi OS use the principle of user accounts (each with its own user name and user password) to identify and manage access to the system.

The user types that are automatically installed include the root user, the first user and system users. Additional users can also be added and removed and passwords can be changed.

This post also covered how to change user passwords and give users root permissions.