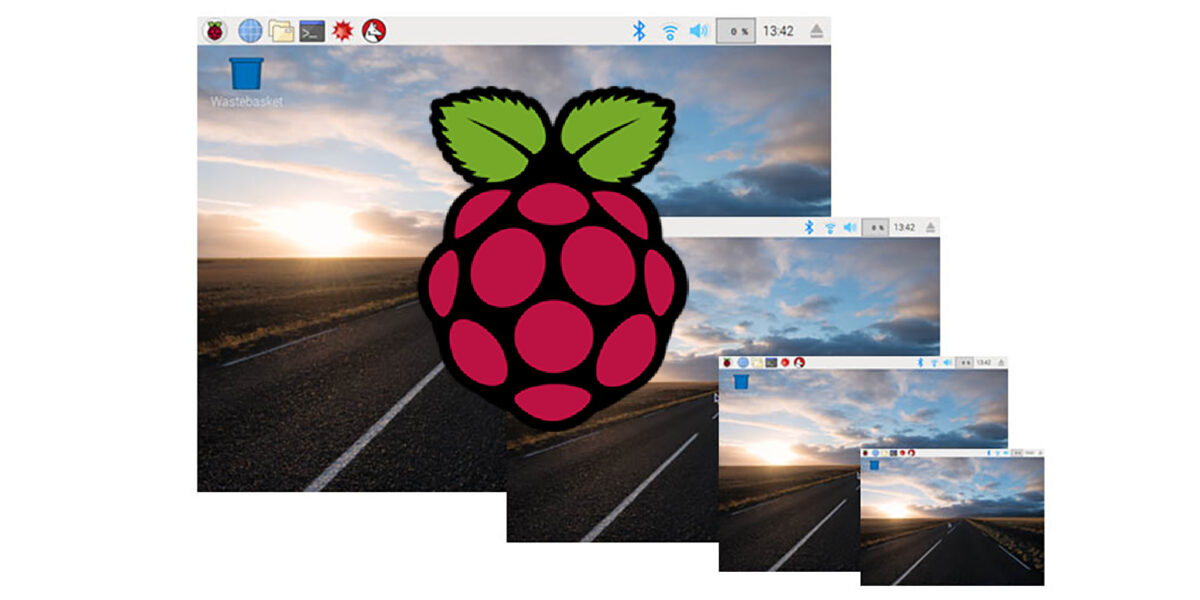 Most operating systems, including Raspbian, have options to create screenshots by using the keyboard, but what if no keyboard is connected or the capturing process is too complicated? This post will show how to create a screenshot on a Raspberry Pi from a remote location.

Introduction to taking a screenshot on a Raspberry Pi

A screenshot (also called a screengrab or screen capture) is a digital image of what is visible on the screen at that specific point in time. It includes everything that is displayed on the screen.

The easiest way to capture a screenshot on the Raspberry Pi (using Rasbian/Raspberry Pi OS) is by pressing the PrintScreen (or PrtScr) button on the keyboard, after which the capture will be saved as a .png file in the /home/pi directory.

In the case when the Raspberry Pi is used as a standalone device without any peripherals connected to it, the keyboard shortcut cannot be used. A popular solution is to make use of a remote system to trigger the screenshot command.

The process will be done using raspi2png and PuTTY from a computer connected to the same LAN. WinSCP can then be used to copy the screenshot files from the Raspberry Pi to another device. To install raspi2png a connection to the internet will be required.

raspi2png is a utility with the purpose of taking a “snapshot” of the Raspberry Pi screen. It has has been tested successfully with RetroPie and has been reported to work well for Minecraft screen captures.

After its installation, the raspi2png command will save a screenshot as a PNG file. The screenshot command is triggered on the Raspberry Pi itself using a terminal command, but because the command can be triggered from a remote location it can capture both GUI and terminal screens.

The raspi2png utility and its dependencies are to be installed locally on the Raspberry Pi. The project files need to be downloaded/cloned from Github, after which the utility needs to be compiled.

The following commands will install the git and the raspi2png dependencies:

It is recommended to download the raspi2png project files to the /home/pi/raspi2png — which will be created automatically. To go to the  /home/pi/ directory, use:

To clone the raspi2png project files from Github, use:

To compile the project files, simply use the make command while still in the /raspi2png directory:

If the make process was successful, a screenshot can captured by using the raspi2png command:

The location where the screenshot will be saved too can be set with the -p command-line option (see below).

will create an image file called snap_01.png after a delay of 5 seconds, and:

will create an image file called snap_02.png in the /home/pi directory (irrespective of where the directory the command was triggered from).

Copying screenshots to a remote location

Captured screenshots can be renamed and copied to a different location using WinSCP.

In the case where no keyboard is connected, a Raspberry Pi screenshot can be taken by using raspi2png remotely using PuTTY.

Screenshot files can then be copied from the Raspberry Pi using WinSCP.