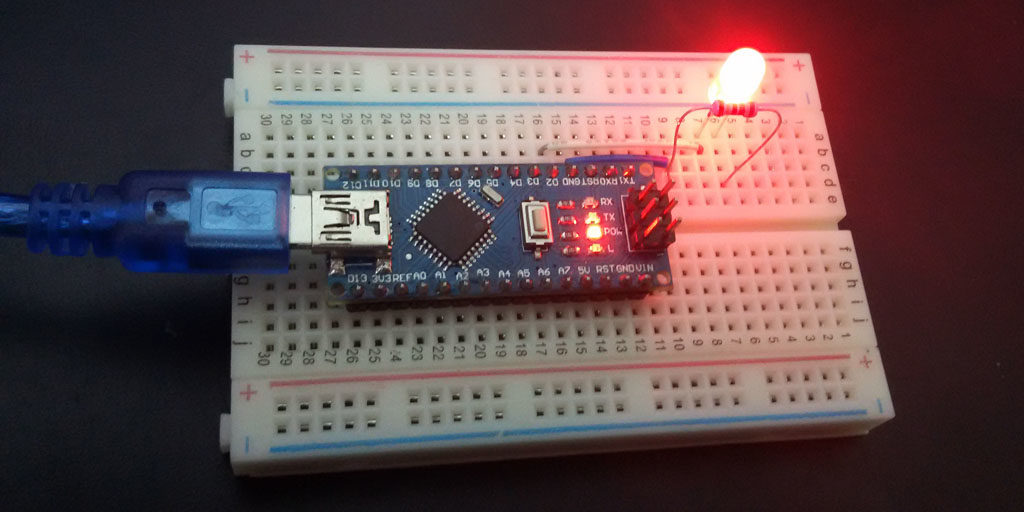 The Arduino Nano development board, or simply Arduino Nano, is a popular choice for microelectronic projects. Getting started with the Arduino Nano will explain and show how to hook the board up to a LED, set up and connect it to the Arduino IDE and how to upload a simple sketch to make the LED blink on and off.

These are the parts that were used: 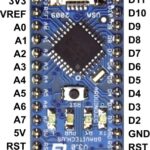 Using a breadboard, wire the Arduino Nano, resistor and LED together. Here D2 was wired, but any digital pin can be used. The pins will probably be marked. D2 and the ground (GND) pin should be right next to each other. 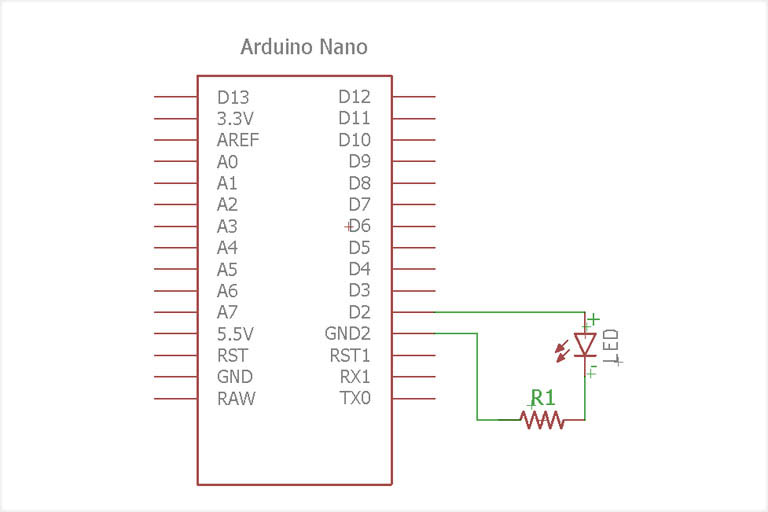 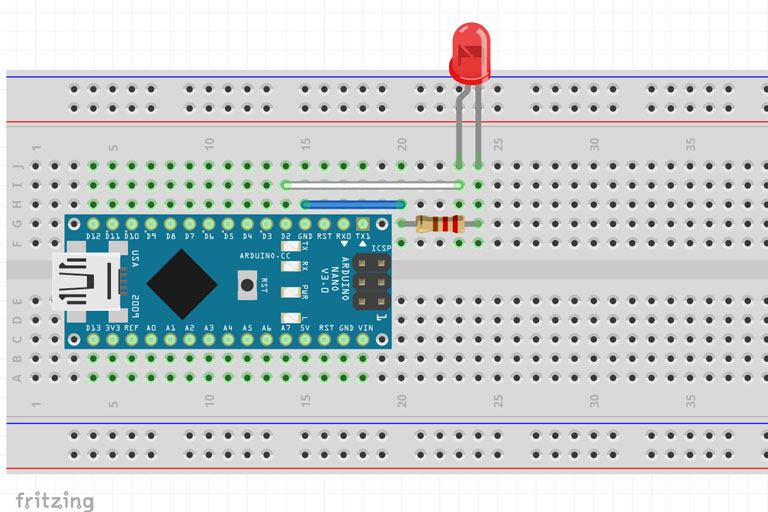 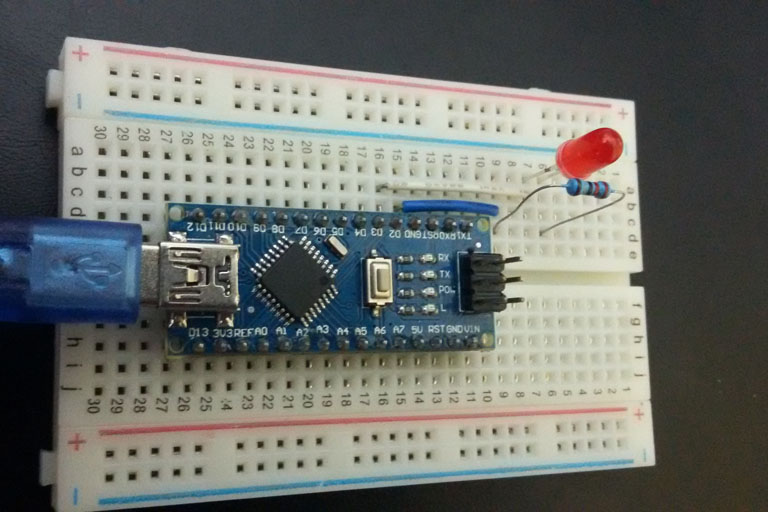 Out of the box, LEDs will have a long leg (anode) and a short leg (cathode). The specifications (forward Voltage or Vf @ a specific current or If) of LEDs (usually size and colour dependent) will be available from the manufacturer/datasheet.

LEDs can be connected directly to a breadboard. The long leg is connected to the digital write pin of the Arduino Nano and the short leg to a resistor.

Each digital pin of the Arduino Nano supplies 5V DC, so in order not to overload the LED (which usually has a forward Voltage (Vf) of about 2 – 3 V DC @ about 20 mA), a 220 Ohm resistor is usually safe to use.

After the wiring has been done, the Arduino Nano should be connected and configured to be programmed by the Arduino IDE. Programming is done by uploading ‘sketches’ from the PC, on which the IDE is installed, onto the Arduino Nano.

The Arduino IDE also needs to know what communication/serial port (COM port) to use to connect to the board. Selecting the correct port number is a bit of a guess, but generally the highest port number will be correct one. The serial port is selected from the Tools > Serial Port menu.

In this case, the Blink sketch will be used to tell the microcontroller to switch the wired LED on and then switch it off again – over and over again.

To access the Blink sketch, go to File > Examples > Basics > Blink. This will load the default blinking sketch from the Arduino IDE’s build-in sketch library:

To make the wired LED blink, the pin needs to be replaced to the pin used to wire the LED. In this case it was D2 – so all the 13s can be replaced by 2s.

Sketches are uploaded by pressing the Upload (->) button in the Arduino IDE. After the code has been successfully uploaded, the board will automatically reset and the sketch start to run. 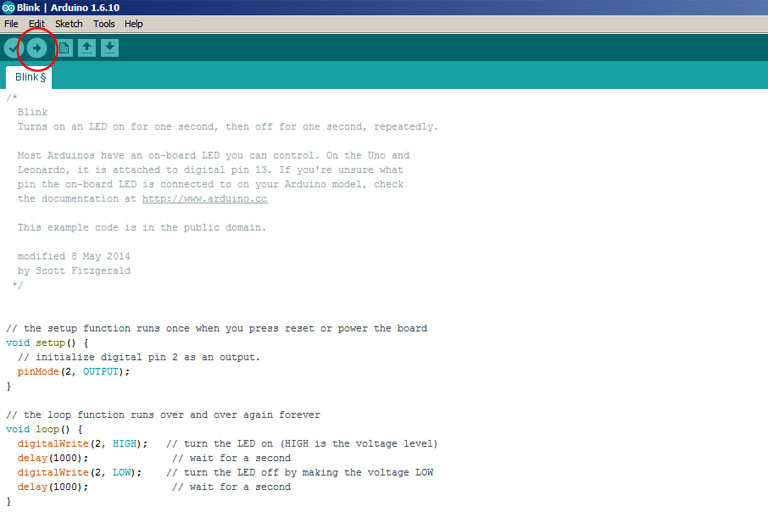