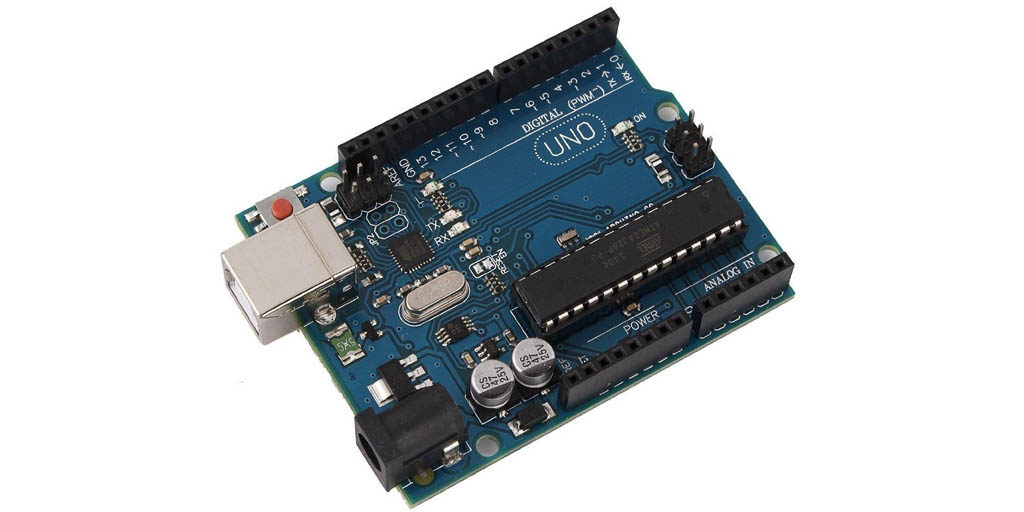 Arduino cc (or the Arduino company) is an open-source computer hardware and software company that designs and manufactures single-board microcontrollers called ‘Arduinos’.

Arduinos are also the name given to the Arduino company‘s Arduino microcontroller development boards (or simply called Arduinos). They are used for building digital devices and interactive objects that can sense and control objects in the physical and digital world. Although the word Arduino is often used synonymously used for the Arduino Uno board, other boards include the Arduino Nano, the Arduino Micro and many more.

What is a microcontroller?

The main component of an Arduino board is its microcontroller. A microcontroller is a small computer chip on an integrated circuit and consists of a processor core, memory and programmable input/output peripherals.

Its function is to take one or more input signals, apply logic to/with it and then give one or more output signals. In the electronics field, these chips are driven by small amounts of voltages (typically 3.3, 5, 9 and 12V DC).

The Arduino company also develops and maintain its own logic programmer (open-source Arduino Software or IDE) which can be installed on a personal computer with any of the major operating systems.

What is a microcontroller development board?

The people at Arduino looked at all the important/popular components necessary to make digital devices and incorporated them into one of their 16, commercially available, microcontroller development boards. Components include voltage regulators, clocks and LEDs.

Although development boards are used to help create electronic project prototypes, some (smaller) boards itself are used for actual projects. After prototyping, more advanced users will reproduce the necessary components of the development board into their own completed projects.

Adding programming to the Arduino

In order to know how to function, Arduinos need programming or code. Arduino code is written and uploaded (or ‘flashed’) onto the Arduino’s microcontroller flash memory where it is stored. Code is written in C or C++ and saved as script files (more specifically called sketch files). Sketches are written, verified and flashed onto the Arduino using the Arduino Software (IDE) and a USB cable.

The Arduino IDE is open source and free of charge. Apart from dozens of build-in example sketches, there are literally thousands of internet tutorials and sketches available from the maker community.

Being an established and popular brand, variations of the Arduino boards are available from many sources in South Africa. If you are willing to wait for delivery and take a chance on the quality, there are also many, cheaper generic Arduino boards available from places like eBay and Chinese electronic stores like BangGood.

With many microcontroller development boards out there today, the Arduino boards stand out for their quality, availability, variation and its community. Not sure where to start with electronic tinkering? This is it – Arduino!

Default WordPress image sizes
With the WordPress default resizing system, images can be used at specific locations, have the correct sizes, use less space and be used in a responsive manner. More…
Categories
WordPress
Tags
WP theme stylingWordPressWordPress developmentimages