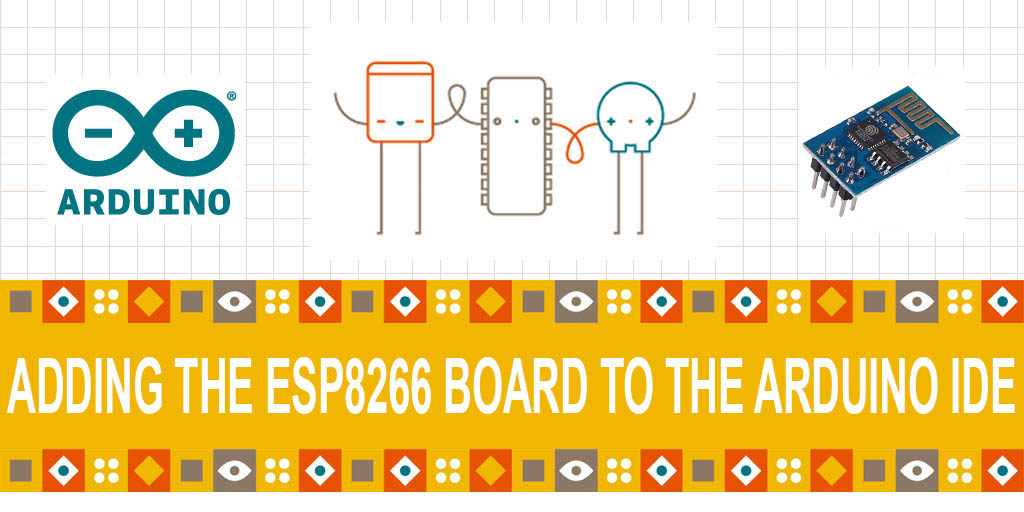 The ESP8266 community created an add-on for the Arduino IDE that allows Arduino-like (C or C++) programming to be uploaded/flashed as software for the ESP8266 microcontroller.

This add-on enables the ESP8266 (e.g. ESP-01 boards) to be selectable as a ‘core’ under the Tools -> Board menu and will make this microcontroller compatible with the Arduino IDE. By adding the ESP8266 core to the Arduino IDE, an extensive range of libraries and sample code is also added.

For quick reference, see the YouTube video on Popcorn Electronics.

This post was done using Windows 10 and the Arduino IDE Store version 1.8.5. 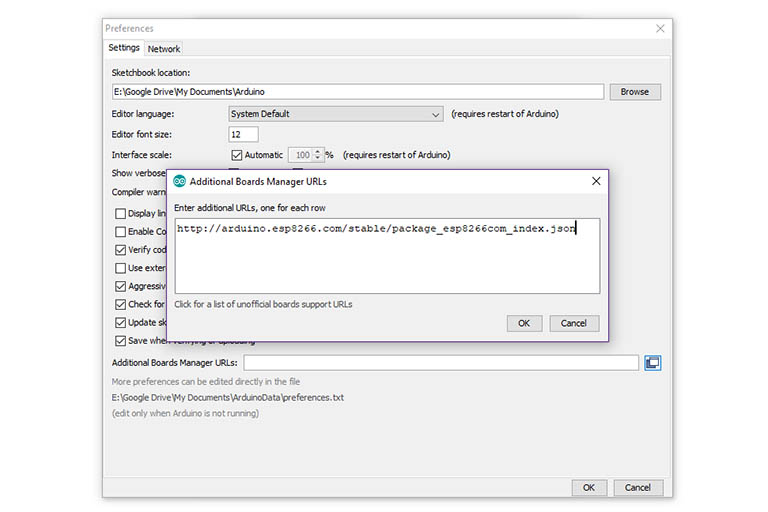 Additional boards can be added at any time.

This will take to you back to the Arduino IDE programming screen. The ESP8266 will now be selectable from the Boards Manager (Tools -> Board -> Boards Manager).

When the Boards Manager opens, a selection of installed and available boards will be listed. Before the list is accessible, the index file has to be downloaded. 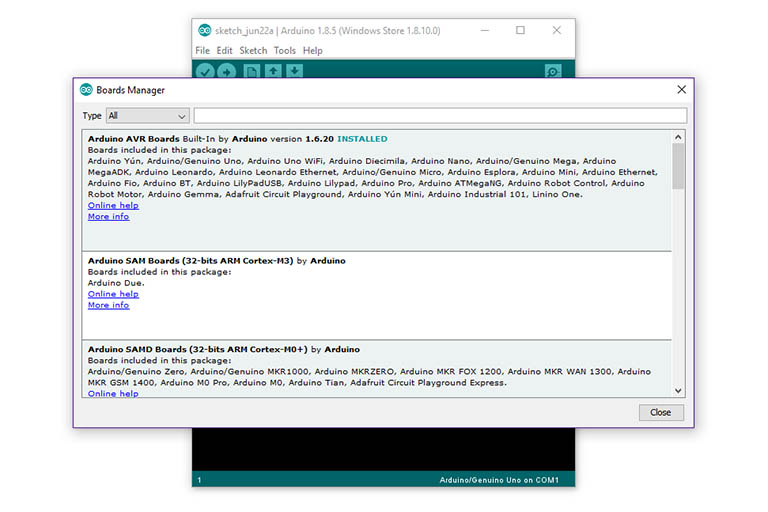 From the Arduino IDE Boards Manager, use the search bar at the top and type in ESP8266. This will filter the options to the ‘esp8266 by ESP8266 Community’ core. Click on it, choose the desired/latest version and press Install. 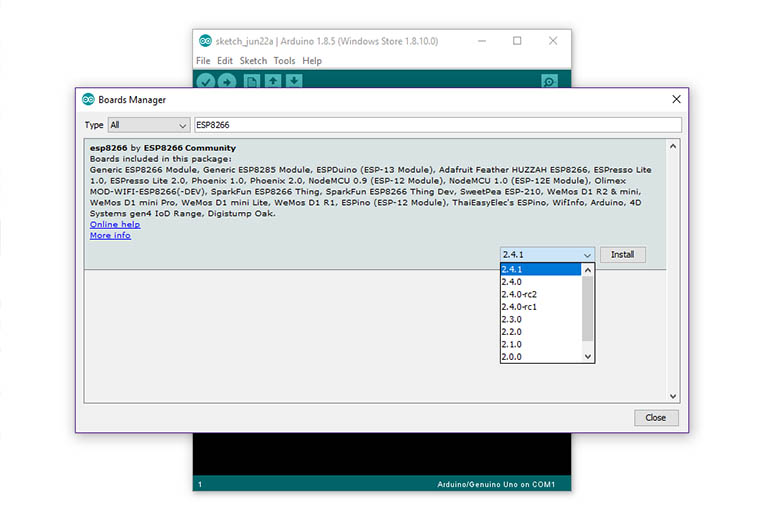 Depending on the speed of your internet connection, the installation process can take several minutes to complete. After completion, press the Close button.

Choosing the ESP8266 board

After the ESP8266 core has been installed, it can be chosen as a Board form the Arduino IDE Board Menu (Tools -> Board -> ESP8266 Modules). Scrolling might be needed. 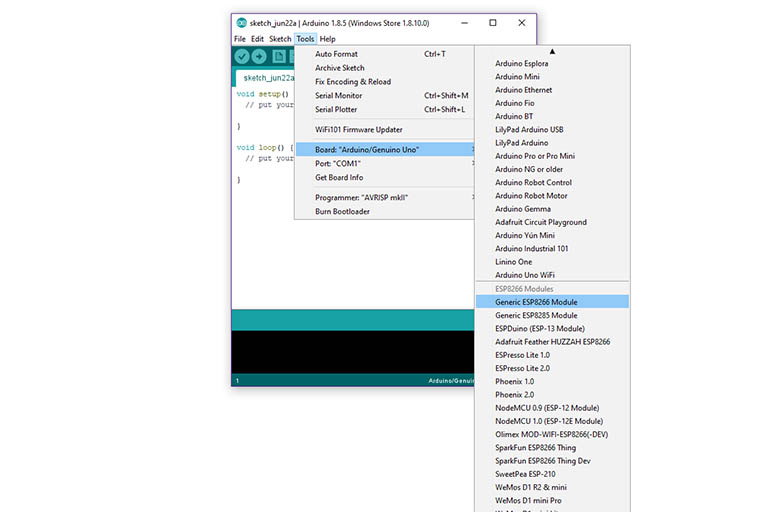