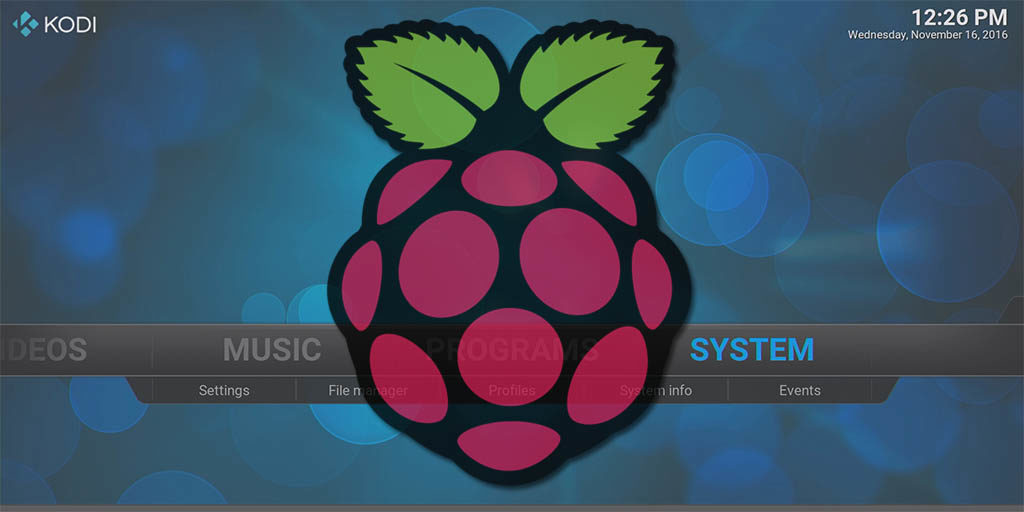 XBian and OpenELEC are widely popular Kodi-embedded media centre distributions to use on the Raspberry Pi.

Kodi (formerly known as XBMC) is an open-source media centre software and is available in different forms for all major operating systems.

With its HDMI port, network connectivity and multiple USB ports, the newer versions of the Raspberry Pi have all the hardware needed to be used as a media centre device. 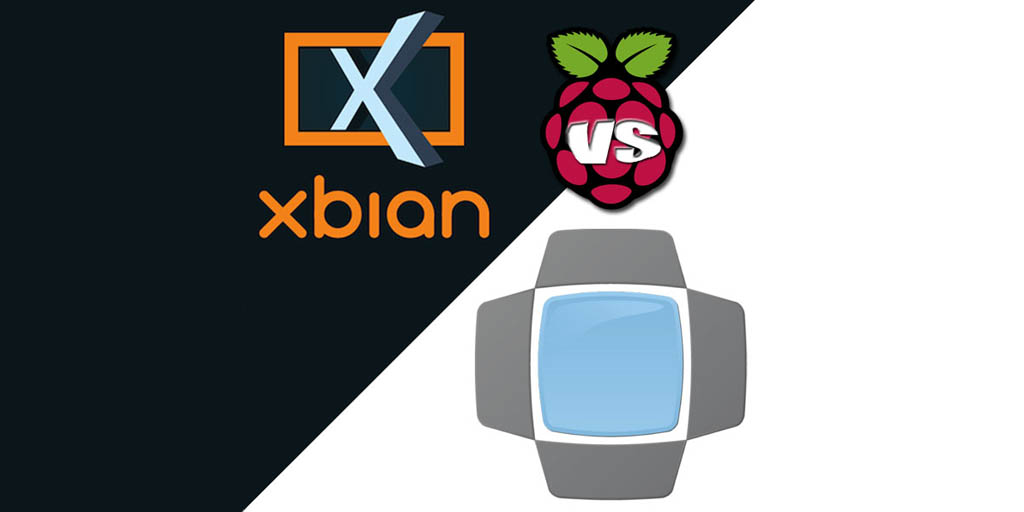 Both distributions are fast, lightweight and fairly small to download, but OpenELEC is about a quarter of the size of XBian. The download files are ~100 Mb vs. ~400 Mb in size. Although OpenELEC has everything one would expect from a decent media centre, it is limited to the stable abilities of Kodi, whereas XBian is more lenient towards development progress.

The recommended installation process differs between XBian and OpenELEC. Whereas OpenELEC is installed the same as installing most other Raspberry Pi operating systems, XBian has its own installation tool.

Installing Kodi onto a Raspberry Pi

After choosing which distribution to use, the appropriate image file (see below) needs to be downloaded and installed onto a FAT32 formatted MicroSD card.

The process will need a PC with an existing operating system that is compatible with the software tools.

In this case, Windows 10 was used to format, copy and/or install the operating system onto the MicroSD card. Initially, the Raspberry Pi will need a screen, keyboard and mouse. Connectivity to the internet and local network (LAN) in the form of an Ethernet connection or Wi-Fi will be required.

For this post, the SD Association’s SD Memory Card Formatter was used. 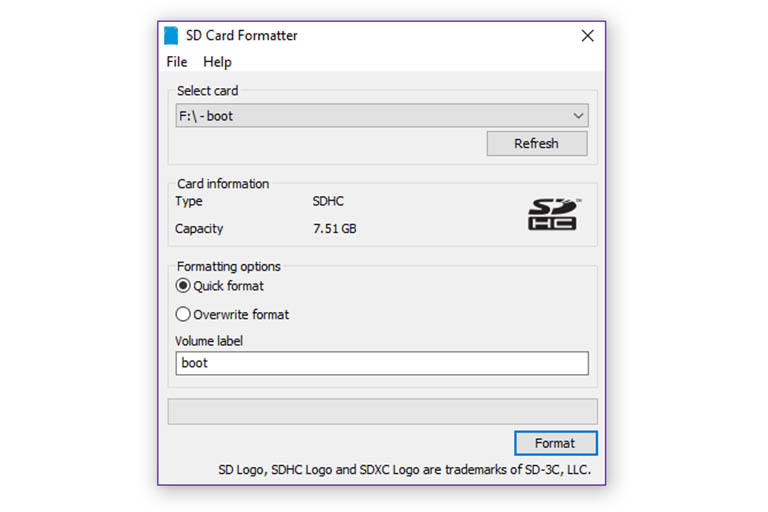 After inserting the MicroSD card into the SD card reader/PC, SD Memory Card Formatter can either be used to do a Quick format or an Overwrite format. Any one of the two can be selected.

The Volume label does not matter at this point in time. Note that everything on the SD card will be deleted after this operation.

Installing OpenELEC on a Raspberry Pi 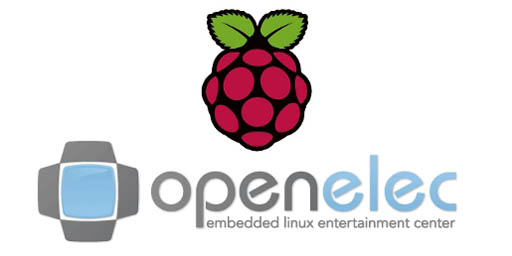 The appropriate distribution of OpenELEC is installed onto a formatted SD card as an image file using a disk imaging software tool.

OpenELEC has specific image files available for Raspberry Pis. Make sure to choose the image file that is appropriate for the Raspberry Pi model used. The distribution file is downloaded as a compressed .img file and is about 100 Mb.

From Win32DiskImager, the location of the uncompressed .img file is selected by using the browse (folder icon) button and the drive letter of the SD card is choosable under Device. None of the other settings needs to be changed. The image is written to the SD card by using the Write (as supposed to the Read) button.

After writing to the SD card was successfully completed and its safe removal, the SD card can be inserted into the Raspberry Pi where it will boot into OpenELEC. During the first boot, OpenELEC will guide the user through a Kodi setup process.

Installing XBian on a Raspberry Pi 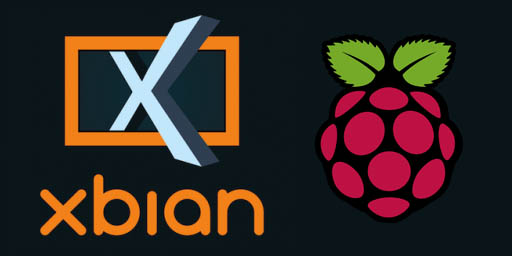 The appropriate distribution of XBian is downloaded and installed directly onto an SD card using the XBian Installer tool. The installer tool is available for Windows, OSX and Linux. 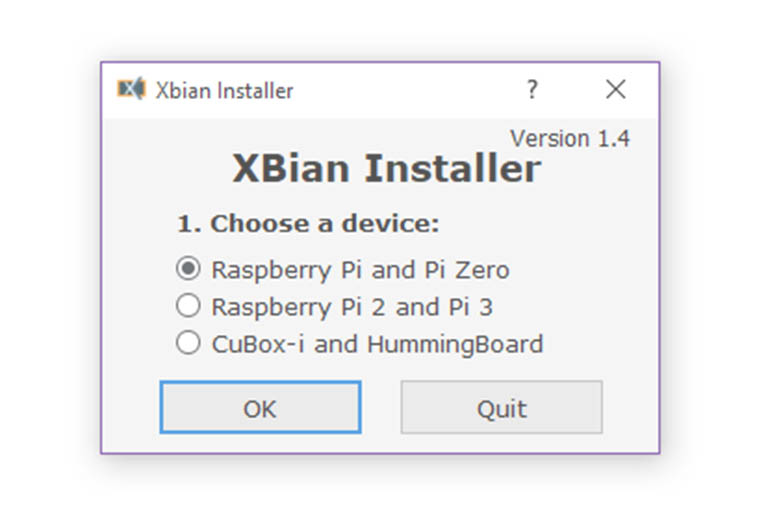 From the XBian Installer tool, the appropriate model of the Raspberry Pi is selected, after which the version and location are to be selected. ‘XBian Latest’ will be fine for most installs.

After pressing the Install button, the installer tool will ask about downloading XBian and erasing the current data on the SD card. Choose Yes in both cases.

After the installation process has been completed and its safe removal, the SD card can be inserted into the Raspberry Pi where it will boot into XBian. During the first boot, XBian will guide the user through the hardware settings and the Kodi setup process. During this process, the downloading and installation of XBian will also be completed.

Manually updating Kodi’s media libraries
Although Kodi is quite comprehensive with a lot of automatic functionality (build-in or via plugins), there are still some things that needs to be done manually. Cleaning and updating the media libraries are unfortunately some of them. More…
Categories
Raspberry Pi
Tags
KodiOpenELECRaspberry PiRaspberry Pi casesRaspberry Pi powermedia centre