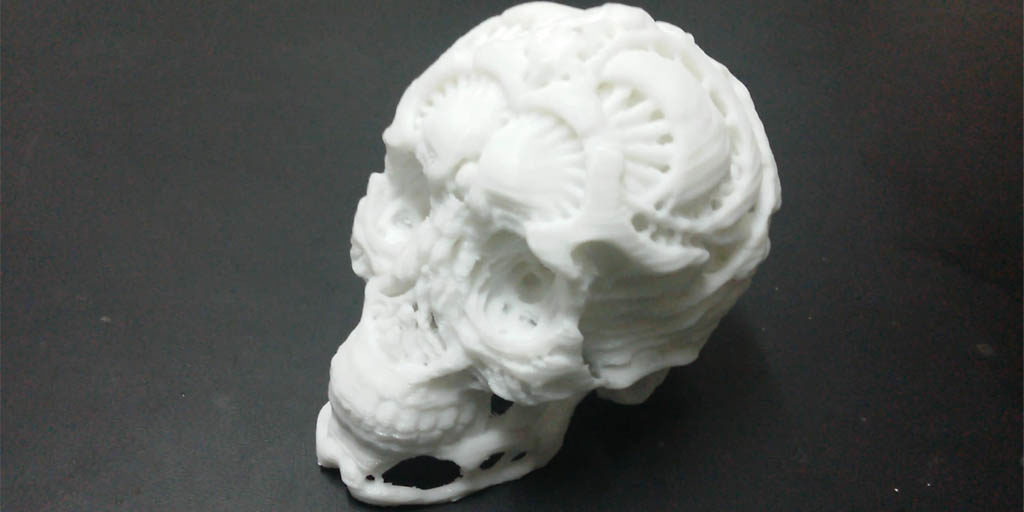 [dropca]A[/dropcap]fter getting our TEVO Tarantula a bit more up to date we decided to test it out with a larger, more challenging print. This is how we 3D printed and prepared an updated version of the SYFY’s Hunter’s Skull.

Hunters was a TV series aired on SYFY back in inspired by Whitley Strieber’s best-selling novel, Alien Hunter. This 3D model of a skull was released by SYFY as promotional material for the series just prior to its launch in 2015.

It is a fictional representation of the skulls of the so-called Hunters, which are “ruthless terrorists who do not come from this world”. It was also released on Thingiverse.

The actual model that was printed was a modified version (by Geoffro), which had more detail, but more importantly, included minimal support structures.

Repetier Host was used to doing the slicing.

The 3D printing process was fairly uneventful but needed a fair amount of cleaning afterward. The process is shown in more detail in the YouTube video above. Simple mini pliers and a precision knife were used for this. The print turned out fairly nice.