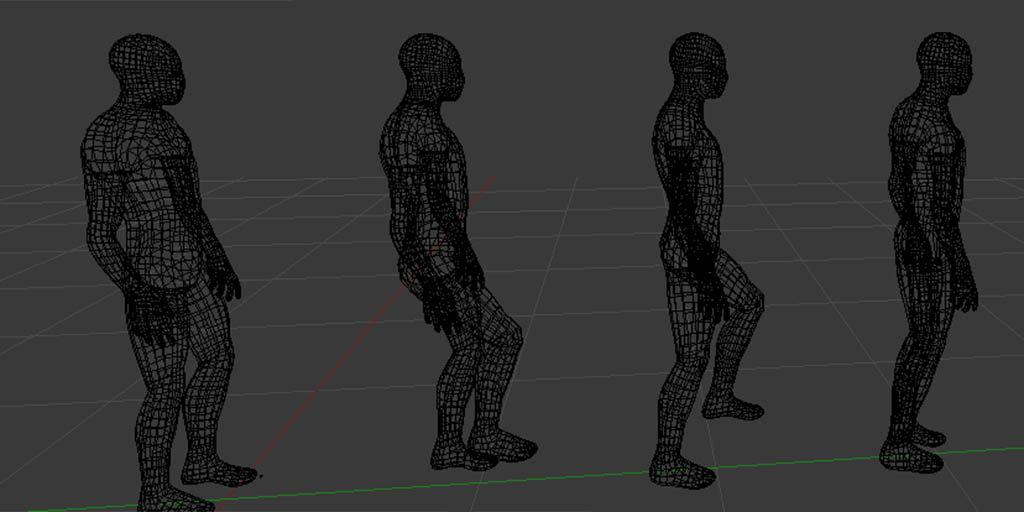 Rendering animation can take a lot of time. Unfortunately, Blender (at least up to version2.79b (Mar 2018)) does not offer a pause/resume function while rendering, but this post will introduce settings and a workaround to this potential problem.

The ultimate goal of this post is to introduce a way to be able to secure animation renders to reduce the incidences of having to re-render entire scenes. Two of the biggest problems I encounter while rendering animation are that I use my PC for other tasks too and that we have an irregular electricity supply. Having an interruption traditionally means that the entire scene has to be re-rendered. By using the setup below the animation render can be ‘paused’ or stopped at any time, and ‘resuming’ can take place irrespective the reason the render has been stopped.

This method will work with any renderer (Blender Render and Cycles Render) and can be used in combination with planning frames and sharing resources.

Blenders’ render settings are situated in the Render tab under the Properties panel. For the purpose of this post, the important settings in the Render tab include the frames that need to be rendered, the output directory, the render dimensions and the file format. By default, Blender will render PNG files and save them in the /tmp/ directory in the root directory of your PC.

In principle, the idea is to render animation as individual images and, then afterwards, adding them together to create a movie file. By rendering as images instead of one movie file, the last frame (where the render was ‘paused’ or interrupted) can be inspected and can be used to set the first frame to start off with.

Instead of choosing a movie file format, rather set this to an image file format. The default is PNG, which will be perfect in most cases. After the file format has been chosen, one might also want to choose a more appropriate directory where the files will be saved. Overwrite is selected by default, which is also what you might want in this case.

The rendering process can now continue as usual, but after each frame has been completed, it will be saved as a single file in the chosen directory. Each file will be saved with the frame number as a name. By selecting Overwrite, sections of the scene can be set to be re-rendered if needed without adding additional files to the rendering directory.

Evaluating the rendered files and their file names

No matter the reason, whether the rendering process was stopped or interrupted by any other means, the chosen directory will contain all the files that have been successfully rendered. By looking at the last rendered file and its file name, the first frame can be established to continue an interrupted render process. In other words, if a scene has 100 frames and the last frame after the interruption is frame 29, then Blender can be set to start rendering from frame 30 again. If the animation render process has been completed, the last frame can be noted down for rendering the frame files into a movie file.

After all the required frames have been rendered, each into their own file (see earlier), the files can be combined to create a movie file. To do this, open a new instance of Blender and open the Video Editing layout from the screen layout section. Click on Add -> Images and select all the rendered frames/files in the above-chosen directory (press A) and press the Add Image Strip button. 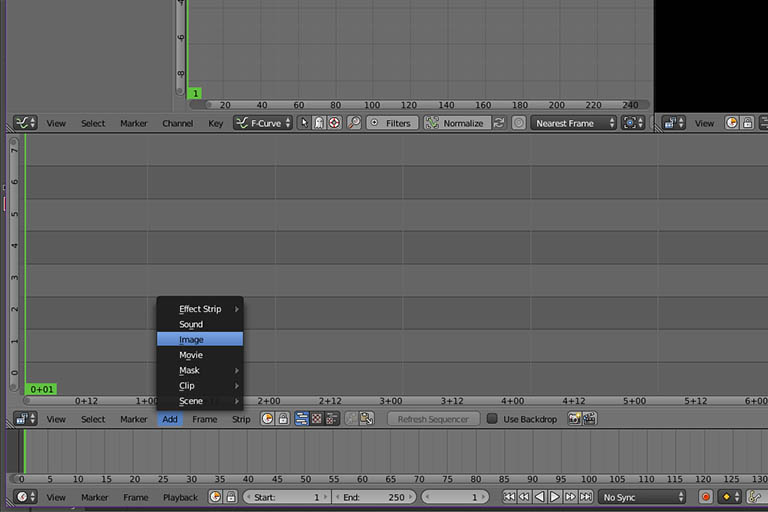 The frames will now appear on the Video Sequence Editor’s timeline control similar to the Timeline and Playback controls in the Default layout. By going back to the Default layout in the screen layout section, the frames can be combined into a different file format, i.e. a movie file format, by using the Render tab and Animation button again.

Remember to set the output directory, match the End: frames, and to set the Resolution matches the resolution the frame files were rendered at.