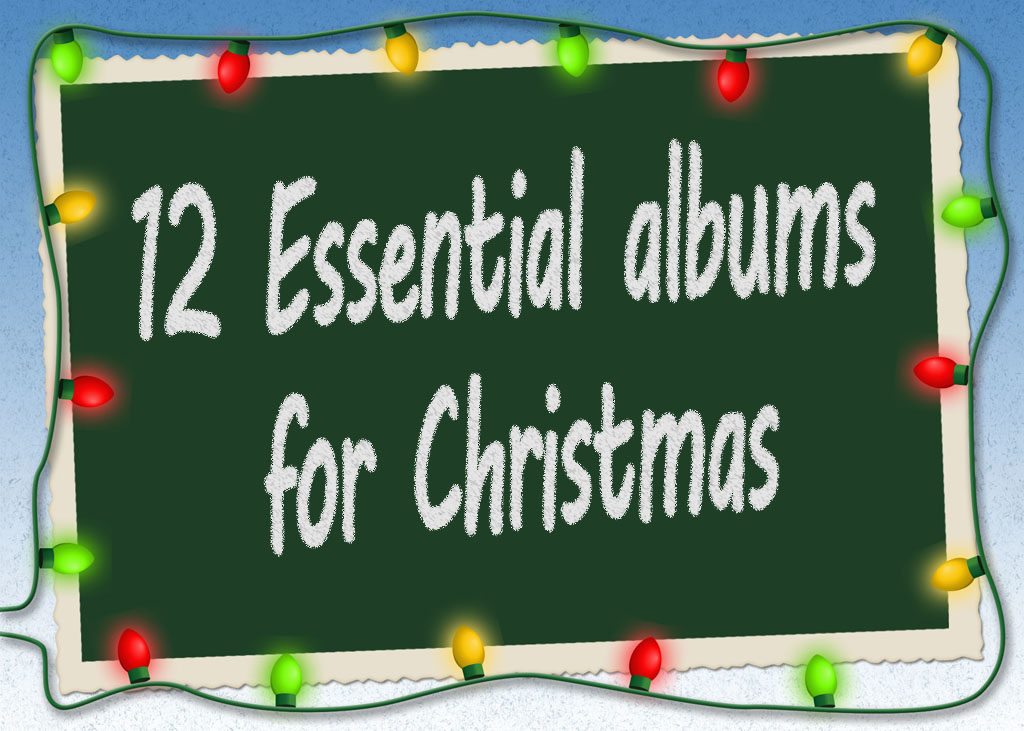 Christmas is once again upon us and decorations and preparations are seen almost everywhere. In the spirit of Christmas and its activities, here is my list of 12 essential albums for Christmas this year.

Christmas albums don’t really sell these days, yet pretty much every heavyweight music career has included at least one Christmas song. At the time of writing, there were no new noticeable albums out yet — but everyone celebrating Christmas should at least have these at hand. What is great is that most of them can be picked up for next to nothing this festive season.

The 12 essential albums for Christmas featured here are in no particular order. At the end of this article, I’ve also included my Christmas Tunes playlist for the YouTube junkies out there.

The first album on the list is a classic. With The Christmas Album, Frank Sinatra puts a classy spin on 14 traditional Christmas songs. This one is super essential, and will no doubt already be a feature in fans’ collections.

A more recent addition to the market is the 2012 Christmas album from the one and only Michael Bublé. This awesome 20-track album not only brings his distinctive jazzy style to traditional Christmas songs but also some covers such as Mariah Carey’s ‘All I want for Christmas is you’. There are also collaborations with Shania Twain, Naturally 7, Thalia and The Puppini Sisters.

Michael Bublé’s Christmas is available in various formats from Amazon.com.

A golden oldie from the fifties is Elvis Presley’s Christmas Album. Here, Elvis celebrates a bluesy Christmas with a tinge of rock. The album contains 12 tracks, mostly traditional and gospel songs.

Elvis’ Christmas Album is available in various formats from Amazon.com.

Merry Christmas by Mariah Carey brings us a collection of 11 traditional and popular Christmas songs. It’s exactly what you’d expect from the diva, and we deem it the perfect upbeat soundtrack for wrapping (or unwrapping) your Christmas presents.

Despite celebrating Christmas in the southern hemisphere, Kylie Minogue offers an album packed with both traditional and pop songs. Kylie Christmas‘s tracks include collaborations with Frank Sinatra, Iggy Pop, James Corden, and her sister, Dannii.

Kylie Christmas is available in various formats from Amazon.com.

For a more sedate Christmas, The Three Tenors Christmas album is your best bet. The tenors do, however, do have some fun with tracks such as Sleigh Ride, so it’s not just for your granny’s collection.

The Three Tenors Christmas is available in various formats from Amazon.com.

These are the songs that you’ve heard in every supermarket since October. But there’s a good reason for this – it’s just not Christmas without Boney M. This is the absolute quintessential album to have in your collection, for a jolly Christmas day.

Various artists from multiple genres contribute to A Very Special Christmas: 25 Years Bringing Joy to the World. This is the eighth in the series of Christmas albums made to benefit the Special Olympics. Some big names feature here, and our favourite jams are Jason Mraz’s ‘Winter Wonderland’ and Canadian crooner Michael Bublé’s ‘It’s beginning to look a lot like Christmas’.

Not much to say here. It’s Celtic queen Enya: music to chill by, with bells. Not all of these songs are strictly Christmassy, but she does mention mistletoe, so there you have it.

Enya’s And Winter Came is available in various from Amazon.com.

This is the songs to put on while you settle into your overstuffed leather armchair, cradle your glass of wine, and gaze out of your window, reflecting on the year that has been. Tracks range from ‘Silent Night’ to ‘Somewhere Over the Rainbow’, a somewhat questionable choice for a Christmas CD, but it works. We love ‘Panis Angelicus’.

The Christmas Collection is available in various formats from Amazon.com.

Have yourself a Mary little Christmas (ha, ha!) with this soulful 12-track record. Look out for duets with Barbra Streisand, Marc Anthony, The Clark Sisters, and Jessie J.

A Mary Christmas is available in various formats from Amazon.com.

If you are not into distinctive singing or simply want to add some calm instrumental background Christmas music – A Family Christmas by The Piano Guys is a must. This Christmas album has 12 great traditional piano and cello pieces ranging from happy to soulful.

A Family Christmas is available in various formats from Amazon.com.

Think we missed something?

Please let us know in the comments section below what your favourite Christmas songs and albums are. Merry Christmas!

WTF is the Raspberry Pi?
Raspberry Pis are low-cost, credit-card sized computer boards that can plug into a TV. Being tiny they are often used for electronic projects and specialised devices at home. More…
Categories
Raspberry Pi
Tags
BluetoothGPIOLinuxRaspberry PiRaspbianUSBelectronicsmicro-processorsonline shoppingspecswi-fi