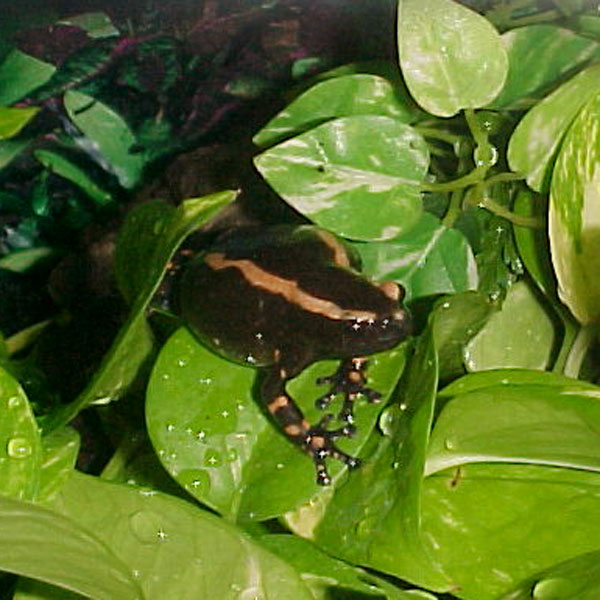 The Banded Rubber frog (Phrynomantis bifasciatus) is described as a medium (45 – 66 mm) walking and climbing frog found in the southern parts of Africa including the bushveld, savanna and subtropical or tropical shrubland and grassland areas of South Africa.

These frogs have a smooth glossy rubbery skins with dark gray to black bodies and a light greyish underside. Also known by some lay people as the Red rubber banded frog, they have two distinctive reddish stripes running front to back over the back, large reddish sport on the arms and legs and a large spot on the rump.

Banded Rubber frogs are one of the few species in South Africa that carries a potent toxin on its skin. The poison works locally by irritating the skin and mucous membranes and systemically by probably affecting the heart muscle.

Being non-jumping frogs, Banded Rubber frogs actually make good pets. The frog in this photo was one of my weird and wonderful pets kept while I was in varsity. I had her for several years before she miraculously disappeared from her tank. 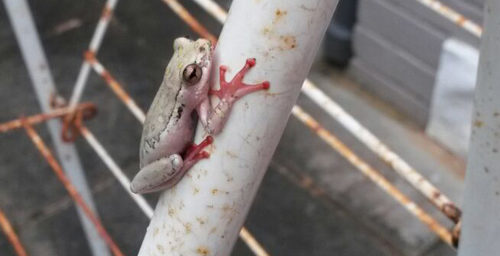